Now each one of these three items may be true, they may have happened as tradition says, we may even have external evidence that points to their truthfulness. However, the Bible does not bear them evidence.

Jesus Was Born In A Stable

What we hear is that Jesus was born in a stable, now like I said before, he just may have been. But the Bible does not say this. It says in Luke 2:7

And she brought forth her firstborn son, and wrapped him in swaddling clothes, and laid him in a manger; because there was no room for them in the inn.

In those days, some kept small animals in the house to protect them from the elements. In fact, even in modernity, there still are farmers who will bring in a piglet, a lamb or chicks for a short time to protect them from the whether and wild animals. Could they have stayed in a house? Maybe. Did they stay in a stable or barn? Probably – but again the Bible does not say.

The Angels Sang At Jesus’ Birth

So many times in our traditions of the Nativity and Christmas carols, we hear that the angels sang with “glad tidings.” Ah, but again, the Bible does not say this. Check out Luke 2:8-14

And there were in the same country shepherds abiding in the field, keeping watch over their flock by night. And, lo, the angel of the Lord came upon them, and the glory of the Lord shone round about them: and they were sore afraid. And the angel said unto them, Fear not: for, behold, I bring you good tidings of great joy, which shall be to all people. For unto you is born this day in the city of David a Saviour, which is Christ the Lord. And this shall be a sign unto you; Ye shall find the babe wrapped in swaddling clothes, lying in a manger. And suddenly there was with the angel a multitude of the heavenly host praising God, and saying, Glory to God in the highest, and on earth peace, good will toward men.

So did they sing? Maybe. But all it says here is that they were “…saying, Glory to
God…”. In fact, I don’t think the Bible says anywhere that angels ever sing! However, they could have sang in this case – but it just does not say. 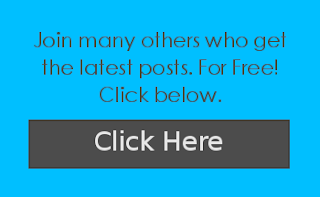 There Were Three Wise Men To Give Gifts To Jesus

Now when Jesus was born in Bethlehem of Judaea in the days of Herod the king, behold, there came wise men from the east to Jerusalem, Saying, Where is he that is born King of the Jews? for we have seen his star in the east, and are come to worship him.

And when they were come into the house, they saw the young child with Mary his mother, and fell down, and worshipped him: and when they had opened their treasures, they presented unto him gifts; gold, and frankincense, and myrrh.

Alright, there you have it, three things that you were taught that the Bible says – that the Bible never says! Now you have something to talk about when you gather with family and friends this Christmas!

Have a Happy Christmas! Spread the joy of this season and the reason of Christ’s birth – to free men from the bondage of sin!

Love Not the World