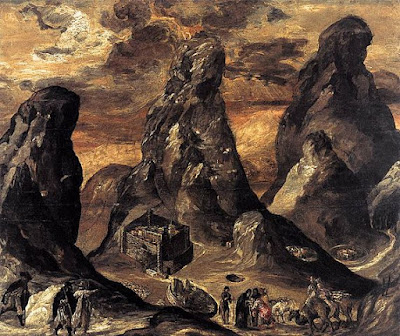 In a previous post in this series, we looked at the purpose of the Law of Moses. If you have not read that post yet, please do before reading on. In this post, we will look the law as a unit, the past covenants God gave people and what happened to the Law of Moses.

Like I said in the previous post, I feel that the argument that these three posts make is the best one out there concerning how we interact with the Ten Commandments and the Mosaic Law in light of Scripture. Also, like said in the other post, the following is taken from Arnold Fruchtenbaum’s study at Ariel Ministries. Please see the note at end of this post for more information and disclaimer.

The Unity of the Law of Moses

It must be understood that the Mosaic Law is viewed in the Scriptures as a unit. The word, Torah or “Law,” is always singular when applied to the Law of Moses, although it contains 613 commandments. The same is true of the Greek word, Nomos, in the New Testament. The division of the Law of Moses into ceremonial, legal, and moral parts is convenient for the study of different types of commandments contained within it, but it is never divided this way by the Scriptures themselves. Neither is there any scriptural basis for separating the Ten Commandments from the whole 613 and making only the Ten perpetual. All 613 commandments are a single unit comprising the Law of Moses.

In order to clearly understand the Law of Moses and its relationship to the believer (Jew or Gentile), it is necessary to view it as do the Scriptures: as a unit, one that cannot be divided into parts that are nullified and parts that are kept. Nor can certain commandments be separated in such a way as to give them a different status from other commandments.

The clear-cut teaching of the New Testament is that the Law of Moses has been rendered inoperative with the death of Messiah; in other words, the Law in its totality no longer has authority over any individual. This is evident first of all from Romans 10:4, with Paul telling us that Christ is the end of the law. Galatians 2:16 concurs, stating that neither is there justification through the Law. Furthermore, there is no sanctification or perfection through the Law (Heb. 7:19).

A second important point here is that the Mosaic Law was never meant to be a permanent administration, but a temporary one. In the context of Galatians 3:19, Paul describes the Law of Moses as an addition to the Abrahamic Covenant. It was added in order to make sin very clear so that all would know they have fallen short of God’s standard for righteousness. It was a temporary addition until Christ . . . till the seed should come; now that He has come, the Law is finished.

Paul sheds more light on this in his letter to the Ephesians (2:11-16; 3:6), explaining that God has made certain covenants with the Jewish people. (In fact, God made four unconditional, eternal covenants with Israel: the Abrahamic, the Palestinian, the Davidic, and New Covenants.) All of God’s blessings, both material and spiritual, are mediated by means of these four Jewish covenants, which are eternal, as well as unconditional.

To summarize, the Law is a unit comprised of 613 commandments, and all of it has been invalidated. No commandment has continued beyond the cross of Yeshua. The Law exists and can be used as a teaching tool to show God’s standard of righteousness and our sinfulness and need of substitutionary atonement. It can be used to point one to Christ (Gal. 3:23-25). It has, however, completely ceased to function as an authority over individuals. Hebrews 8:1-13 draws a parallel between the Mosaic Law and the New Covenant: The writer, quoting Jeremiah 31:31-34, states that as soon as a “new” covenant was enacted, it rendered the Mosaic Covenant the “old” one – and that which is old is nigh unto vanishing away (v. 13). The Mosaic Law grew old under Jeremiah and vanished away when Messiah died.

Did you want to hear the conclusion? Don’t miss the next post in this series (click here to get the next posts to your inbox)! It is going to cover the following:

Wisdom, Credibility & The Only Way To Find Truth