“Britain’s official education inspector has informed an independent Christian school that it is out of step with “British values” prescribed by the government and must invite someone from another faith, such as a Muslim imam, to lead assemblies or it risks being closed” (1).

News stories like this are seemingly becoming more common – strange and anti-Christian. It seems that some in national leadership have been taken in by the cry for tolerance, but uphold intolerance to Christians.

How do we decrease this type of rhetoric? There are many things that come to mind, like engaging both society and our progeny for Christ. We aught to be living as Christ taught and obeying him. Pray for the leadership as Paul instructed in 1 Timothy 2:2-4 so we can “lead a quiet and peaceable life in all godliness and honesty.” The reason Paul gives is so all men may be saved and know the truth. When people in society are saved and know truth, this type of activity will be greatly diminished.

However, the new testament writers say nothing on the topic of voting – nothing at all. One can’t make a lucid case based upon a command from Scripture, in other words one view can’t be more biblical than the other in this regard. To me, it is suspect when one tries to make a hard biblical claim on this when the Bible does not even talk this subject. If this topic was so important, why didn’t Christ and the apostles talk about it? While voting may not have been like today’s, God is omniscient, he would have talked about it if he wanted. On the other hand, from the perspective of precepts and principles, the Bible does speak. 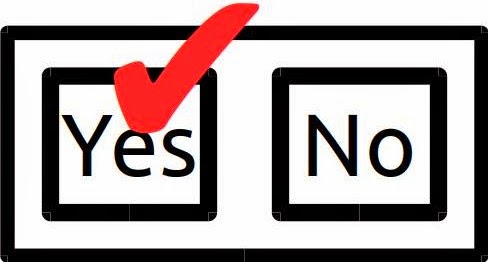 In the thirteenth chapter of Romans, Paul states “Wherefore ye must needs be subject [to leaders], not only for wrath, but also for conscience sake. For for this cause pay ye tribute also: for they are God’s ministers, attending continually upon this very thing. Render therefore to all their dues: tribute to whom tribute is due; custom to whom custom; fear to whom fear; honour to whom honour.” We see a responsibility to be subject to state leadership, paying taxes (Jesus also says this in Matthew 22:21) and respect them. Many governments not only give the freedom to vote, but also tell us it is our responsibility. When we vote, we aren’t trespassing any biblical command, so this is not a case of “obeying God rather than man,” since God has not specified a command in this area.

James, in the second chapter of his book, verses 14-18 says this: “ What doth it profit, my brethren, though a man say he hath faith, and have not works? can faith save him? If a brother or sister be naked, and destitute of daily food, And one of you say unto them, Depart in peace, be ye warmed and filled; notwithstanding ye give them not those things which are needful to the body; what doth it profit? Even so faith, if it hath not works, is dead, being alone. Yea, a man may say, Thou hast faith, and I have works: shew me thy faith without thy works, and I will shew thee my faith by my works.”

Just as we see that being a Christian takes more than just faith, such as our actions and obedience, so one can make a case for prayer and actions when it comes to governmental leadership. When we vote for good leadership, we have a chance to do good, so we should. We have the opportunity to make a difference, a positive one, let’s jump at the opportunity.

What about being of this world?

But, I hear some say “aren’t we supposed to not be of the world”? speaking in this sense of being part of a earthly government. While that is a good question, it is a different one and needs to be answered at a different time, that question has nothing to do with what we are talking about here. For example, while at one college, I walked past a table where one could vote for a new school logo. Even though I really didn’t care, I picked the one that I liked and moved on. However, I was not part of the school government nor even leadership at the school.

However, on the other hand, I’m concerned for some, they worry and stress over this, even when there’s nothing else they can do. We are taught to not worry in Philippians but rather we need to focus on the kingdom of God. We can get caught up in politics and miss people, miss living a righteous life and being a godly example. We need to be out doing good for others and telling them about the Kingdom.

By default, we are “temporary citizens” of our country of birth, and have responsibilities because of it. We need to pay taxes, obey the laws and vote because the leaders ask that of us. However, getting caught up in the rhetoric, slandering and backbiting should be far from us. Nor should we get absorbed in the concerns that take all of our time. Like elaborate houses, expensive cars and extravagant vacations, it’s a wrong focus. Excessive involvement in sports such as hunting, fishing, football, and golfing can also take us away from following Christ. We have a greater calling, a heavenly Kingdom, and heavenly work to do!

Believing Does Not Make Things True In Christianity, So What Does?