As a Christian going to the polls, you must make wise judgments. Many questions can be raised such as: who do I vote for and what should you do when both candidates are not desirous? However, first we must elucidate our foundation as Christians by stepping back to see the big picture then I would like to answer the two questions above.

What About The First Christians? 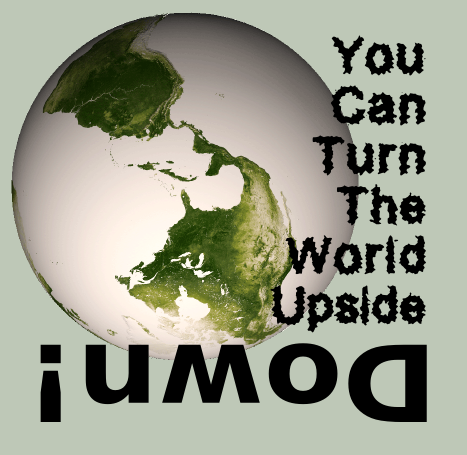 We already talked about Christians and voting (click here). A glaring omission from that post is the fact that during Christianity’s first few centuries, Christians did not desire political office nor did they assume national leadership positions. They had a bigger goal, the Kingdom of God. This Kingdom knew no national border, it was cross culture with citizens established worldwide and whose king was Christ. With this approach they were able to change the world within a few hundred years!

Fast forward to modern times, many nations once held many professors of Christ and some even tried to erect a “Christian” state. Compromises were usually made that came at the cost of following Christ. In the end they failed.

Many have also become disillusioned by nominal Christians – living hypocritically and abstaining from Christ’s teachings. Both non-biblical and un-biblical rules have taken center stage. Other times Christ’s teachings are waved as being for a different time. Progeny have fallen away and now are anti-Christian because parents and churches have have not trained them. The focus was not the Kingdom of God, but rather their own lives, their own preoccupations and their own frivolous enjoyments and many times sins.

To change the state, nation and world, we must first disciple followers of Christ everywhere for a closer walk with God. If we just apply the Scriptural precepts we understand, we’ll have a busy occupation indeed. We all understand that we are to love God with everything and our neighbour as ourself. If we love all, we will not steal, lie nor commit sexual immorality.

Legislating morality is the business of the government. If all professors of Christ were focused on the Kingdom of God, for many areas the legislation of morality would almost be a silly. Our greatest potential for changing a nation and the world is for each one of us to put Christ back on the throne as king.

Christ and the apostles never taught that we need to be all distressed about leadership – again they had a bigger and more important goal. Remember, Christians weren’t originally in national and state governmental leadership. A non-Christian leader is not abnormal – the early Christians changed the world without even one position of senator or emperor. They changed it by their lives and obeying Christ!

Pick The One Who Can Do The Greatest Good

With that as our grounding, let’s switch gears to the topic of voting. Should we vote for one who does not hold to all the proper views? Consider this dilemma, there are two main contenders who we disagree with, in fact both are atheists and believe the same except on the issue of abortion. Abortion, the unjustified taking of an innocent human life, is murder and sin. With the responsibility for action, your best choice is obvious, the one who supports sanctity of life.

Chose The One Who Has The Best Chance

What if three candidates are running for an office, one is outright opposed to good, one who is mediocre but much better than the first and the last is desirable in almost every point. In addition, the the real competition is between the first two, either could obtain the seat. The third has only very low polling results.

Just like in many other situations in life, perfect can sometimes be the enemy of good – diminishing returns is increased when we hold out for the best. The best usually never comes, may not work and itself may have intrinsic failures when we mortal beings are involved. A vote for the perfect potential who has no hope of attaining the post would be squandering our lot to the one who holds the most evil position.

A Call To Action!

So how do we change a nation? First it starts with us, our family and our Christian fellowships. We need biblical grounding, a life that is prayer bound and holiness in our life. We need a drive to share with others. When we live in a land where we are given the responsibility to vote, do it with joy and justice. Wisdom, knowledge and judgement are key so we can live in freedom and peace. This enables us to worship God according the Bible and so we can spread the gospel. But always remember, we have a bigger cause, a bigger vision, a bigger kingdom – The Kingdom of God!

What do you think?

10 Christian Teachings That You May Have Thought Were Biblical, But Aren’t!

The Little Girl and Her Watch