Skip to content
December 17, 2014
Spread the love
During the last few years, Ken Ham’s organization, AIG, has been spearing heading a project to build a full size replica of “Noah’s Ark.” One may not be interested in this project, agree with it, or even go to see it, but, it would seem to me, most would be like “great, if it brings money into the state, more power to them.” Interestingly it is not this way. They have been denied tax incentives because of two reasons:
1. The park owners want to have the right to hire per religious preference.
2. Have the ability to tell others of their religious views.

Practice What You Preach 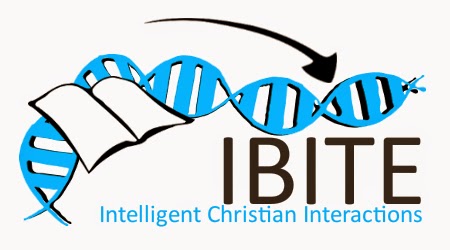 However, it seems to me, the state is doing exactly what they are accusing this organization of doing: discriminating against those of a different view. Some parks are just for fun, others have more educational aspects such as history, religious education or science. Shouldn’t they all have equal access to tax rebates? In fact, this park tries to combine all of these types of parks (even if one disagrees with their conclusions). Is “discriminating” now correct when another “discriminates?” This seems to be a self-defeating position.

Is It That Bad?

In addition, “discrimination” is made out to be a “bad” thing in this case – but why this type of situation? Governments and business do it all the time. In fact you do it too! Why else do businesses drug test people? Why don’t they hire engineers who have not gone to school? Why don’t hospitals hire a welder for a physician position? Why don’t you let anyone move into your house? Why don’t you allow robbers to enter – why do you lock your doors? Why did you marry the one who showers once a day instead of one who showers once a year? These practices are all discriminatory – but is this case different? I think they have the right to decide who they want to hire. If the state wants to discriminate, then they need to call it for it really is – they are “discriminating against non-materialistic worldviews”. They don’t discriminate against those who hold to a materialistic worldview.

Discrimination At Institutions and Governments

Look at government run institutions that only hire those of the same view point. Think about the educational system, I have personally meet and talked to teachers and scientists who have been demoted, denied a job, fired or had there articles denied in magazines and journals – because of their worldview. Why? Simply because they held to the view that the universe, to some level, had been designed by an intelligent agent. Talk about tolerance, diversity and being non-discriminatory!

You see, the foundational issue here is not Ham’s boat or even one’s science job, but rather worldviews. Nor is the pivot of this issue over religious views. It’s the question of whether or not the universe was designed! That is foundational! The line of demarcation is design or no design. The fulcrum is materialism or theism. Both are worldviews, both try to explain our human experience.

However, it seems that preferential treatment goes to one worldview in our cultural – the one that feels that nature is all that exists. Even though this view is weaker in its explanatory power, it is more attractive because of its false sense of immunity to ultimate authority.

This skewed sense of morality leads to strange positions such as “discrimination is good dished out to those who hold to a view of a designer”. It seems like it is a one way street by our culture’s standards – it’s good and upright one way, but the other….immoral and intolerant!
You will not want to miss the next posts. If you found this one helpful, you will want to keep an eye open for others. The best way is to click here, because you can get them straight to your inbox so you don’t miss out! (Click here.)

What are your thoughts? Do you know of cases or have you ever been “discriminated” against because you have a theistic worldview?

Stop Being Nice and Apologizing  | iApologia

The Bible’s View on Who is Our Brother and Sister

Is The Bible A Fairy Tale Since It Talks About Unicorns? [Podcast]