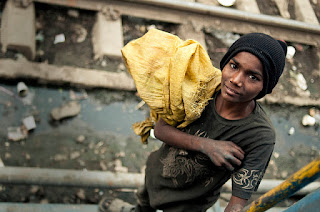 A few years ago, thugs broke into a Christian training camp for young Indian men. The thugs beat, falsely accused the learners and thew them into prison. These young men (late teens, early twenties) wanted to learn more about God so they could go back to their villages with the Gospel. It happened near the end of their training and they were looking forward to move back to their homes and villages to share the gospel. These guys live in some of the most dangerous sections of Northern India where percussion of Christians is rampant.

Being falsely accused of wrong doing, they were thrown into prison with horrible living conditions. Fortunately they were released some time later. Being exposed to even worse conditions then what they grew up with, mercy overflowed and they had a desire to go back into the prisons and jails to help other prisoners hear the Gospel!

In another case, one African circuit preacher was told that he must be beat if he wanted to share the Gospel to the people of a village, he submitted to the beatings every time he came, just so he could preach.

These both are contemporary persecution stories.

Now if all you wanted to do is read the stories, you may want to skip the rest. It will not be a fun read, it is a challenge. It is sharp. Most will not like it!

OK, you decided to continue to read.

Let’s look at us, our excuses. In our first world cultures we have so many reasons we can’t share the Gospel. Its too hard. We don’t have enough time. What are people going to think of us? We don’t know the people. It’s not how our culture does things. We don’t want to be embarrassed. Speaking does not change people (so why are you trying to change me by speaking?). Just live it – don’t speak it. Others will come and muddle with our Church’s culture (all gatherings have a culture). The excuses are endless.

But if you are a Christian, you are supposed to be a follower of Christ, aren’t you? That’s the definition last time I checked. Interestingly, God had only one son, he was an evangelist – a missionary. All the apostles (save one), over 70 disciples, and many other of his followers spoke the Gospel! On the street corners. In the Jewish synagogues. At the temple. In the markets. Stadiums. In any venue that was open they spoke it.

Why else do you think most of them were martyred, Jesus and many disciples? Don’t you think they could have lived a peaceful life if they just sat there, been a good example and prayed?

Just look through Church history. Did Christians speak the Gospel? Did they produce written Gospel messages? You bet!

What about those in persecuted lands, are they speaking with their neck on the line – literally?

Are we better then them? Why are we ignoring a dying world?

Do You Just Live It And Not Speak It?

If a house was on fire, would you not tell people? You would not just get out yourself, hoping they will see your actions and follow, you would say something, wouldn’t you? If you knew a train was doomed at the end of the line, would you not try to warn the people and the engineer? Or would you jump off, hopping others will follow? How selfish are we anyhow? What of the above excesses is more valuable than a soul going to Hell?

One once said that if a Christian is not willing to speak the Gospel, one is not one himself.

You see, we in the western countries are addicted to something. What you ask? Personal peace and affluence.

We love this life, our cultures and organization more then Christ. We are selfish. One may even call us narcissistic.

So what should we do?

One once said the following: “Declare your faith. Defend it. Dissent from the culture around you when that culture cannot be reconciled with your beliefs. It’s really not that hard. No desert crossings. No burning at the stake. Probably not even that much embarrassment” [1]. (Click here for an example to help people see their sin and need for Christ the biblical way.)

What encounters have you had with others when you have shared Christ’s teachings, death and resurrection? Are people open to listen? Do you see change?

Image source: Flickr/CC/M M (This is not the image of the Christian men involved in the beatings).

The iApologia Vision, And What It Means for You

Some of the Most Murderers “Regimes” Since the Early Nineteen-Hundreds, The Last One will Stun You!