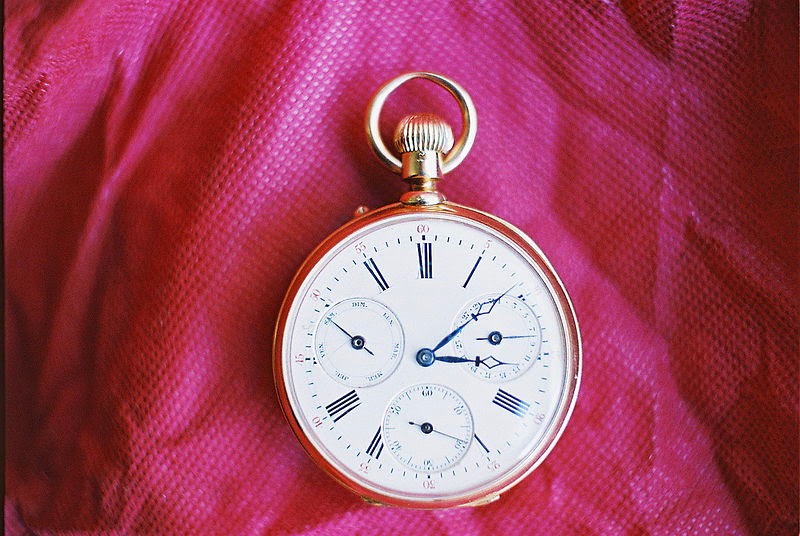 I once read a parable of a little girl – living before the time of atomic clocks – who noticed all clocks in her village told a different time. Ambitiously she set out to get everyone synced to the correct time – her time. Walking down the dusty streets, going from house to house and shop to shop, she attempted to persuade all that their time needed modifying. Our little character was destined for disappointment, none were willing to change, all happily living in his and her own asynchronous worlds. As the setting sun glared into her squinting eyes, she approached the last house in the village. Sitting on the porch sat its owner – an old man. Again failure, he too had no desire to change. However, with a mysterious wave of his hand, he expressed that he had good news. Slowly rising, he hobbled to his little herb garden where sat a large, beautiful sundial. “The sun” he said “gives us the ultimate standard for time, which is shown with the shadow on its face.” With that he offered to help change her timepiece. But alas, she too had no desire to change.

We also live in a society that leans heavily upon “tolerance” and “acceptance” of all views. Morality is relative. All religions go to heaven.

Obviously, some culture issues need empathy and “tolerance”. However, there are issues that are core to our existence that give no flexibility – like morality. We happily live in our asynchronous world, each doing right in his or her own eyes. Most ignore the ultimate standard, saying each can make up morality for himself and they are all equal.
When people call for tolerance because someone else opposes their views, they themselves are being just as intolerant. The cry for tolerance in this sense is self-refuting. However, we should never have tolerance for bad ideas – only tolerance for people.
Image Source: Wikipedia