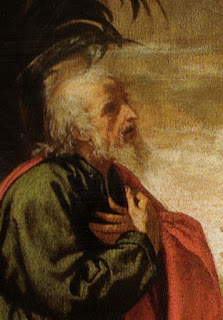 One of my favorite stories is an extra-biblical account, told by second century Clement of Alexandria, about the Apostle John. The same beloved apostle of Jesus, the one who was imprisoned on the isle of Patmos, the one who wrote five books of the New Testament. In a past post, I posted the account verbatim from the Anti-Nicene Fathers (see here). Since it was difficult to read, I always wanted to rewrite it for the contemporary reader. So I did just that. However, I took some literary liberty, adding and subtracting to the story and adding some names to the nameless bishop and defector (so if you would like, please check out the account that this is based on).

Being a narrative rich in instruction, I would like to point some out before we get to the story. Clement opens with “And that you may be still more confident, that repenting thus truly there remains for you a sure hope of salvation, listen to a tale, which is not a tale but a narrative, handed down and committed to the custody of memory, about the Apostle John.” Clement claims this story is true, and he states the primary reason of the story, its theme of redemption. It is a narrative of forgiveness and restoration of a repentant Christian backslider. Not here, nor in the inspired Holy Script did he teach antinomianism, rather the seriousness of sin. However, in this story we also find mercy, redemption, restoration and forgiveness from Christ and the Church. The same mercy, redemption, restoration and forgiveness was taught in the Scriptures by John, Peter, Paul and even Jesus himself (see note 1 below).

Do watch his love for the sinner, a love so massive that he was willing to give his life for him! His dedication to helping restore the young man was magnificent; this point alone is worth the read. What would our Churches be like today if leaders would follow suit?

It was also interesting that everyone in the story understood the young man was headed for hell after apostatizing to sin. However, only John was willing to risk his life to save another from damnation. If the young man’s discipler would have done half of what John did, the young man may never have fallen in the first place. He needed instruction, not just an example. Yes, the Holy Spirit convicts, but Christ calls his followers to tell others their need for redemption as well. This too instructs us never to give up on sinners, but continue to call them to Christ.

Lastly, I have to say it puts a human face on the Apostle John, even in his old age he had love, ambition and fortitude. And what about his horse ride and bandit chase? At least for me, I always pictured the apostles as old men with long gowns and beards, walking by rivers and standing in temples…preaching…not pursuing thieves on horse and foot!

The Apostle John, The Bishop And The Bandit

After taking care of a number of matters in one Smyrna congregation, the Apostle John appointed Ruben, an older man, as the leader. One individual caught the Apostle’s attention, Marcus, an orphan, a handsome and a well-built boy of great potential. Looking at the new leader, John said “In earnestness, I commit this youth to you, in the presence of all here and Christ.” Reuben accepted the responsibility and promised to care for and train the boy in the ways of Christ. After John left, as promised, Reuben took in Marcus and trained him and loved him as a son. In time, Marcus was baptized into Christ’s body.

However, Reuben relaxed his duty of guiding and discipling the youth, thinking that the Lord’s seal would protect him. But such a foolish action; Marcus started hanging out with bad company who slowly corrupted him. It started small, enjoying the pleasures of life, then that led to night highway robbery. As his conviction of sin waned, Marcus and his gang of friends escalated their sin, and as time went on, he no longer cared about God. A captain of the bandits he became. A sinner of the worst kind, a leader of thieves, he was the cruelest and the bloodiest of them all. No doubt his sin stretched the Decalogue, forgetting God; debauchery of the worst was his diet. Immorality, pillaging, lying, coveting, cruelty, thieving and yes murdering. He was once a follower of Christ, now turned aside into sin, headed for the worst place in Hell. As days turned into weeks, weeks into months, and months into years, the sin of the gang increased.

John, requested back for another matter, inquired also of Reuben the status of Marcus. It seems that besides being a charismatic and great leader, John also had a strong memory. At that request, the old man, the leader who failed at his duty, burst into tears and said “He is dead. He is dead to God; he turned to wickedness and abandoned The Way. He is now a leader of a gang of bandits that live in that mountain over there”, he said while pointing to the nearby mountain. With that, Ruben again burst out with more tears of sorrow.

In distress, the apostle was beside himself and lamented with passion. With disapproving sarcasm he said “You were a fine guard of a brother’s soul!” In the next breath John said “bring me a horse and a guide; I want to find the hideout of Marcus and his gang!” Off he and the guide rode without second thought, spurring their horses forward. As they neared the gang’s camp, Marcus’ fellow henchmen sprang out of hiding and captured the two riders.

Without waiting and with great authority John cried out “Lead me to your captain.” Surprised, the bandits brought the apostle forward to Marcus, who was armed and waiting for yet another victim. But with one look at the determined old man, Marcus, with frightened recognition and ashamed guilt, took flight. The old apostle, forgetting his age, had only one goal in mind, he cut loose after Marcus. Guide and gang stood with gaping mouths, stunned disbelief of such fear from a monstrous rebel and the spryness of one old man. John cried after Marcus “My son, why do you flee from me, your father, old and unarmed? Pity me my son! Fear not, you still have hope of life, I will pray for Christ’s forgiveness. If needs be, I will take your death, as the Lord died for us. For you, my son, I will surrender my life! Stop now and believe, Christ has sent me to you today!”

With that, Marcus stopped and fell to the ground, humbled, embarrassed and with no strength left, he shook and wept bitterly. John slowly approached him, fell to his knees next to the repentant sinner and hugged him as a prodigal’s father could only do. Marcus lamented and confessed his wretchedness, baptized the second time by his own river of tears. John gave the oath that Marcus would find forgiveness from the Savior. 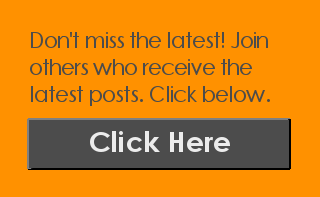 Marcus, now purified by repentance, was led back to his congregation. After prayer and fasting, the lost lamb, the prodigal, was restored back into the Church. Marcus was presented by John as a great example of one who repented from his past sin and as a trophy of a regenerated soul. One who Christ had mercy upon. One who has eternal life in the kingdom of heaven with the Savior and the Father. Not one who fears eternal fire and damnation, all because Marcus, that prodigal son, turned from his sin and into the hands of Jesus Christ, his savior and Lord.

Surety of Forgiveness, Mercy and Restoration

Forgiveness and restoration for a repentant soul was seen here, let no man teach otherwise. With John at our side, we have no fear that repentance of sin towards God leads to restoration. But we also have the Lord himself, the most exalted one, the Creator and Lord of all saying the same. If Jesus teaches the same, we have no fear of not receiving forgiveness and mercy (see note 1). God is not some moral monster, rather a just judge and a merciful master. He makes no bones about the seriousness of sin and fearful damnation. But, he is also clear that he desires none to perish, he takes no pleasure in damnation. Rather, he is merciful and willing to forgive sin for those who turn from it, come with brokenness and a willingness to turn back to him.

(Note 1) This same mercy was taught by John in 1 John 1:5-10, 2:1-2 and 5:12-17. Paul, in 2 Corinthians 12:21, is clear that repentance is necessary for restoration. In Revelations 2:14-22, John shared the words of Christ himself, in the letters to the seven churches, of those who repent from great sin back to Christ, those will be forgiven. Jesus, in Luke 11:4a teaches us, his followers, how to pray: “And forgive us our sins; for we also forgive every one that is indebted to us.” James, the half-brother of the Lord, said the same in James 5:14-20. This mercy of God, his forgiveness and restoration rings throughout all ages, even in the Old Testament we read this principle over and over, including Ezekiel 33:7-20.

Trust Me, I’m a Doctor