Let’s call him Joe. He was armed with a charming and charismatic personality. He was smart, bold and confident. In addition he was a follower of Christ. He came from a “sheltered” Christian home.

I still can remember it like yesterday, he would sit at the college library’s desk checking out books for patrons. However, he was not alone. I’m really not sure why I thought his coworker was an atheist, maybe it was something to do with the words on his shirt or maybe it was the books he read. But I would see these two in deep conversation from time to time. A couple years later, Joe became an atheist. I’ll let you make the mental connection if you want, did this other guy plant seeds of doubt? Was Joe too confident trying to deal with strange philosophies that he was not prepared to deal with?

Colossians 2:8 comes to mind “Beware lest any man spoil you through philosophy and vain deceit, after the tradition of men, after the rudiments of the world, and not after Christ.”

One Swayed, One Not

Deception is rampant, confusion reigns and “tolerance” for “all views” seems to to be the only “moral” standard of our general culture. But the same culture will not tolerate the views of the “intolerant”, the Christians. Yes, you are right, this does not make any sense. However, that’s how it is. For those of us with a Christian worldview, how do we protect ourselves against deception and many of these views that look great superficially? Even more concerning is how do we prevent deception in students and children?

The first time I opened Marx’s “The Communist Manifesto” and Darwin’s “On the Origin of Species by Means of Natural Selection”, I was fearful that these well known and earth shaking writers would lead me astray. To be frank, I was slightly disappointed in the arguments. I did not find either work fascinating nor convincing. They seemed maybe a little silly, especially when they presented their Utopian ignorance. When taking one biology class, I can remember the instructors constantly preaching Darwinism. I really do mean preaching Darwinism! But again I was not swayed by their arguments.

Why was Joe swayed but not me? I think I know why. In this post, and some future ones, I want to share some tools that were given to me before I was in these situations.

Let me state the painfully obvious, at sometime everyone will be exposed to erroneous thinking, period. (Unless you build a cabin in the back forty, a hut on a deserted island or hide in the basement – none of these are advised however.) There is college, there is university, there is the workplace, there is the media and there is our diverse culture. These other views don’t always have an accurate picture of reality, they have much confusion, but some are very seductive. These devious ideas are gaining momentum in today’s age. However, many do not know what they believe and why they believe them. Just listen to people some time! Sadly, Christians who have never been exposed to these devious ideas, are sidelined easily by bad thinking. 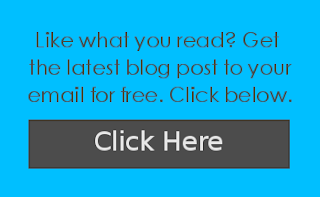 The Effect Of Non Preparation

From my perspective, many parents and Christian teachers don’t challenge these young minds to think properly. Sadly many think one who uses critical thinking and has knowledge is one that is “not using faith.” This motto is so common in today’s gatherings, it’s almost “Scriptural”.

When kids do have questions, they are greeted with a pounding mantra: “don’t think, just have faith, don’t think, just have faith, don’t think, just have faith….” I have heard Christians, from diverse backgrounds, criticize “critical thinking”, logic, reasoning and gaining knowledge. Speaking, thinking and knowing, in some minds, is opposed to faith. This is dangerous stuff here, it is wrong! But, alas, apathy seems to be many’s passion. So the child goes through life with questions unanswered, but with a false bandage of “faith”. A faith that is not grounded. Their faith and beliefs have also never been proved. They have not been given the chance to “step up to the plate” and learn what they believe and why they believe those things. Then one becomes always fearful lest one should be deceived. When storms of life do hit, these people are sidelined and dazed.

Preparation before hand is the key to truth protection. Truth needs to be taught, arguments for the truth needs to be given. We need to know the truth first and foremost. We need to guard it. However, just as a medical student learns more than just proper human functions, like diseases and disease treatment, so should be our approach. Facing oneself with the typical anti-Christian arguments and the arguments that oppose truth shows one what he or she is up against. But preparation must not stop there, it is essential that biblical arguments and Christian worldview arguments be given to counter these other ideas as they are exposed.

There is another step, this is the test. A controlled challenge where one’s faith is tested by those with the deceptive beliefs. Testing helps one buckle down and learn intrinsically. Think of testing in school, did you like exams? No! Really, who did? But I will say this, they did make you buckle down and learn, right? You would much rather have a child’s or young believer’s faith tested when you are near. The mentor is the lifeline who helps clear bad arguments while giving encouragement and allows debriefing. It’s a hard but important job.

If you remember nothing else, remember this: everyone’s faith is going to be tested, including your’s, your kids or your students. What you do in preparation is the key to deception prevention.

In future posts, I will be expanding these thoughts on the art of discernment. Feel free to sign up for iApologia email and get your Free Copy of Why Science Points To God!

What’s your thoughts? What ideas do you have that may help one train others to prevent deception? Along with the Bible, what are some sources that can help one prepare for truth?

2 thoughts on “The Art of Discernment, the Tools That You’ll Want to Know for Mind Protection”

9 Interesting Ways The Universe Points to the Biblical God

Is God a Moral Monster? [Video at the end]