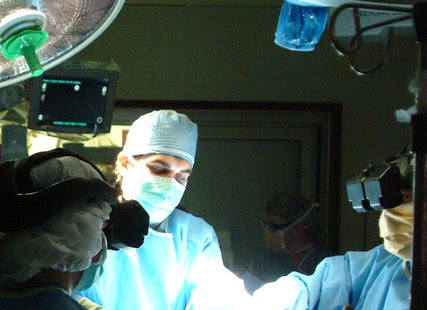 While I was assisting in an urology procedure, the type where the patient wants to be knocked out and hopes he is unknown by staff, the doctor explained his patient communication method. His “technique” was his vocabulary, the type that would make great grandma Elsa blush in embarrassment. Very easy to understand terms – crude. Simplicity was his claim, however I think he liked the “shock and awe” effect. I must say, he seemed to have a good practice and was well liked by his patients.

While I don’t advocate crudeness and speech laden with coarse language, his advice still sticks with me – in another context – Christianity.

The Biblical Writers Used Common Languages, Why Shouldn’t We?

Christians of diverse backgrounds use theological esoteric language. This is a common phenomenon in so many groups I know. Usually select biblical words are amplified and repeated ad nauseum. Sometimes groups unintentionally change the meanings. To add insult to injury, some words and phrases from older Bible versions have also changed meaning. Others tag a concept with a non-biblical word or phrase. Christian subcultures start expecting others to understand their definitions. Shock and maybe even suspicion of another groups arise when understanding and clarity are absent. Other groups commitment to Christ is questioned.

For example, here is a non biblical phrases: “ask Jesus into your heart.” I think this phrase, if not explained, breeds sloppy understanding of the gospel of Christ. While one should ask Jesus to “come in” in a sense, the phrase misses the point of Jesus taking over ones’ life. This phrase is anemic and elementary in nature.

Another popular word is one being or getting “saved”? Perfectly good word, even biblical, but I think many feel it is just being saved from “Hell”. This is true as far as it goes, but Jesus also saves from our sin, not just forgives, but transforms us to turn from sin so we despise doing evil deeds.

One common word in Christianity is “repent”. It’s a great word – it was even used by Jesus. However, because of the translation and the evolution of word meaning, many think that it means “feeling sorry” or “humble”. While this is somewhat true, the main Greek meaning is a change of mind. We don’t necessarily “repent for our sins”, rather we “repent from our sins” or “repent towards Christ”. In essence, it has a very similar meaning as converting to Christ, as can be seen in Acts 3:19. The writer uses the two phrases to point to the same concept: turn to Jesus to get your sins blotted out.

Maybe the two most common phrases are “believe in Jesus” or “have faith in Jesus”. Both are perfectly good terms. However, to some, I think they have come to mean “I say Jesus is my Savior, now I go on with my life as before.” No change in behavior follows. No change of focus. No turning from sin. However, if one has true faith or belief, one will follow and obey Christ. You can be hired for a job, believe you are hired, but never go in and work or do your job – sorry but you aren’t an employee anymore – if you ever were! No pay check.

How To Fight This Habit

Some can’t even explain Christ’s work without those over abused words. So how does one fix this mind set? Do as I try to do in my posts – come up with other ways of saying the same thing. New phrases, explaining the old, causing people to stop and think rather than mindless mimicry. Understand what you mean by what you are saying. Explain rather than use catch phrases ad hoc. Slogans are good, I like some, but assure accuracy and form a solid knowledge of their meaning.

Word and phrase variety helps promote understanding. Don’t just use one or two phrases. In addition, try to find modern words and phrases that help get the point across. Jesus and the apostles did that all the time. Both Luther and the KJV translators accomplished this – which is why their translations were well known and appreciated.

Changing from entrenched slogans will help you and diverse Christians understand each other better. You help yourself by forming a deeper knowledge. Simple and diverse language will not harm the knowledgeable. Both the simple and “technical” language will be understood by them. However, you will help those who do not know or follow Jesus of Nazareth. Those are the ones who need to understand their state of affairs and standing with God. They need to know to turn to Christ and be citizens in in his Kingdom, obeying him as King – not some special word or phrase!

Are there other words and phrase that concern you because of their abuse? If so, please share below.